The Kabak Kemane Method for the Visually Impaired, which will be written for the first time in the world, will be published very soon. 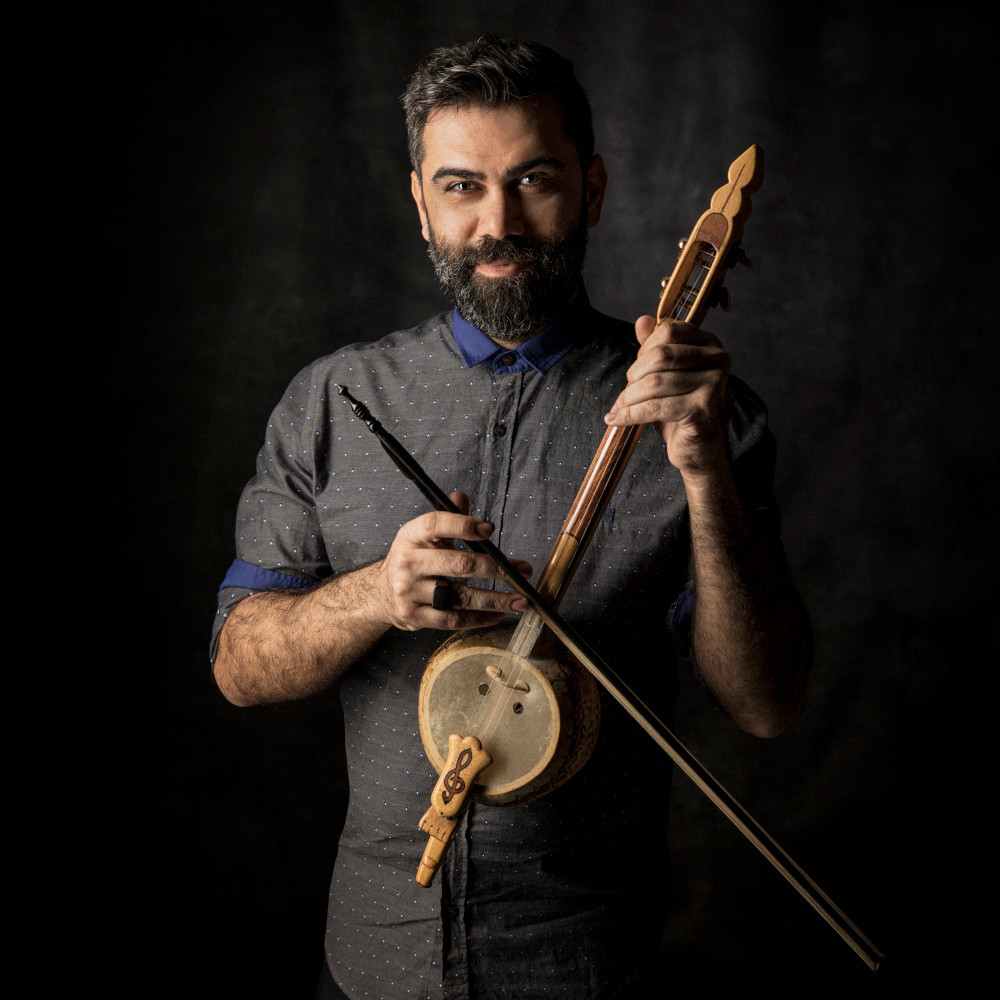 He was born in 1979 in Uşak. He started music from the age of six by learning to play the bağlama from his father and brothers. While he could play the bağlama well during his high school education, the kabak kemane that his father made caught his attention and he decided to continue his musical life with kabak kemane. He won the Ege University State Turkish Music Conservatory in 1997 and thus the professional period of his music life began.

Since 1998, he started to work as a kabak kemane player at TRT İzmir Radio. Continuing his music life with 'Mecaz' since 2001, Özgür Çelik has worked on three albums with the same group, namely 'Yalelli', 'Derun' and 'Heybe'. In 2007, he was awarded the 'Best Performance' award for his solo with the kabak kemane at the '14th Halıcı Computer Composition Competition'. Since 2009, in the group 'Deva Music Project'; Özgür Çelik, who was the performer of 'Kabak kemane', 'Tarbağ', 'Basname' and 'Bağlama', published his book 'Three String Instruments in the Turkish World: Kılkobız, Kamança and Kabak Kemane' in 2010.

In May 2012, his first solo album titled 'Öznağme' reached the audience with the label of Kalan Music. His single works 'Kaba Hava Zeybeği', 'Masal' and 'Dolunay' were released on digital platforms under the label of Kalan Music. In 2018, he completed his doctoral dissertation titled 'Kabak Kemane and Performance Tradition in Western Anatolia' at the Department of Turkish Folklore, affiliated to Ege University Social Sciences Institute. Özgür Çelik, who has conducted many workshops at home and abroad, published his books 'Kabak Kemane Method 1' in 2019 and 'Kabak Kemane Method 2' in 2020. Having been awarded the title of Associate Professor in June 2021, Assoc. Dr. Özgür Çelik still continues to work as a lecturer at Ege University State Turkish Music Conservatory.